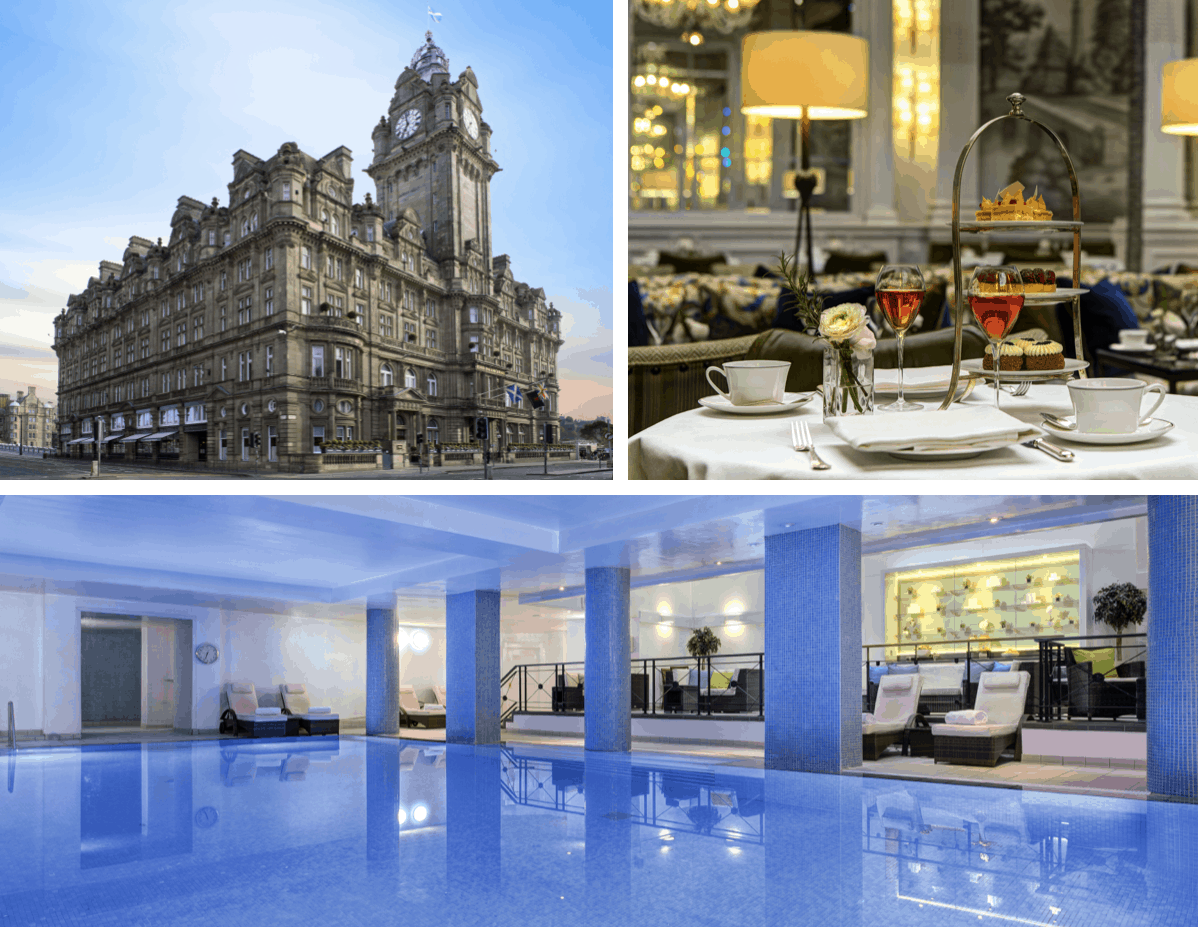 The Conde Nast Reader’s Choice Awards 2019 have been announced and it sees a number of our partner properties being voted into the top 35 hotels in the UK Category.

The venue announced as the finest accommodation provider in the UK for 2019 is the beautiful Balmoral Hotel, Edinburgh. A name which is synonymous with luxury in Scotland. The Balmoral has been situated at the prestigious address of Number 1 Princes Street for over a century. The hotel itself has become a landmark within the City of Edinburgh contributing to this ancient skyline with its grand exterior and famous clocktower. We would like to congratulate our friends at The Balmoral for receiving this placement in the honours list after a season of dedicated hard work by all involved.

2018 winner Cromlix Hotel, owned by former World Number One Tennis Star, Sir Andy Murray remains within the list as the number 2 ranked hotel in Scotland and number 7 within the UK list. The hotel is situated near the town of Dunblane, Andy’s home town, and is situated within 34 acres of beautiful manicured lawns and woodlands. This magnificent Victorian manner home is a must visit for tennis fans and luxury hotel fans from around the world.

Following on at number 8 we find another Edinburgh based hotel in the Waldorf Astoria Edinburgh – The Caledonian. Situated at the opposite end of Edinburgh’s bustling Princes Street to The Balmoral, The Caledonian has been situated at its current location since 1903. Originally constructed as a Railway Hotel by the Caledonian Rail Company, the old railway station still remains within the hotel’s lounge area. A very famous, luxury hotel deserving of its placing.

At number 9 we find the newly established Fife Arms Hotel, Braemar. This highland lodge hotel only opened its doors in November 2018 and has already been listed as “Scotland’s Hottest Hotel” by the Financial Times. The hotel is owned by world renowned art dealers Iwan and Manuella Wirth, two thirds of the famous Hauser & Wirth art galleries collection. With owners such as Mr & Mrs Wirth you could only expect that this highland hotel would boast an unparalleled collection of artwork. There are 14,000 pieces of artwork within, from pieces made exclusively for the hotel down to the original Picasso located in the Drawing Room.

Completing the Scottish contingency within the top 35 hotels are the Monachyle Mhor in Balquidder and Kinloch House in Blairgowrie at numbers 28 & 29 respectively.

The Monachyle Mhor is a quirky, luxury hotel set within 2,000 acres within the “Bonnie” Loch Lomond and the Trossachs National Park. The venue itself is a converted farmhouse with outbuildings completing a unique offering alongside an award winning restaurant.

Kinloch House is another long running partner of Lang Atholl and is renowned for its relaxed “home from home” atmosphere. The Victorian Country House is situated within 25 acres of beautiful scenery just out with the town of Blairgowrie at the base of the Cairngorms National Park.

It is fantastic to see so many luxury Scottish Hotels ranking within such a prestigious list. For a “wee country” our destination of Scotland truly has a fantastic offering.

Best Things To Do In Scotland